What Are the 2019 Toyota Tundra TRD Pro Features and Specs?

Adventure is the name of the game when you get behind the wheel of Toyota Racing Development TRD Pro Series editions. With the debut of next-generation Toyota Tacoma TRD Pro, 4Runner TRD Pro and Tundra TRD Pro models at the Chicago Auto Show, drivers who love mud-slingin’ thrills may have found their Toyota-brand dream machine. If you are drawn to the power and toughness of the 2018 Toyota Tundra, you may have asked – what are the 2019 Toyota Tundra TRD Pro features and specs? Take a closer look at what the Tundra TRD Pro brings to the table at Toyota of Hattiesburg! 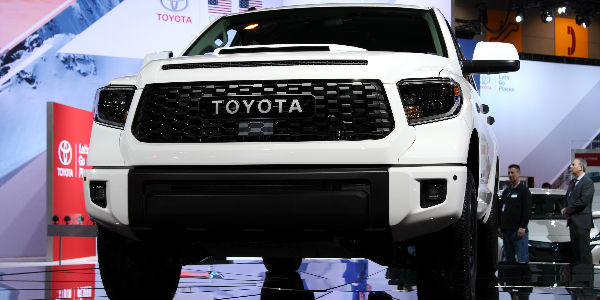 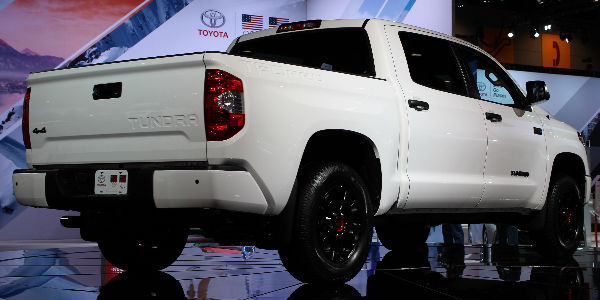 Performance is at the heart of the 2019 Toyota Tundra TRD Pro design and it starts with all-new 2.5-inch Fox front shocks with heavy-duty 46-millimeter pistons. An upgraded suspension adds a 2-inch front lift and wheel travel that increases by 1.5 inches. Front shocks feature 11 bypass zones to upgrade performance on and off the road. Tundra TRD Pro editions possess 2.5-inch Fox rear shocks with 12 bypass zones and a 2-inch increase in wheel travel. When you pair those elements with a rear leaf spring suspension, the Tundra TRD Pro promises an unparalleled ride when you hit the trail.